BIKE INFANTRY /// You were travelling through Germany and you got nervous because?

Henning /// Because of the hole stricktness of the society and the expectation that you will conform. There is no diviating from the line and those guys are all about staying within the square.

Sofia /// They expect you to know all the rules without describing them anywere. It's like you just shift to let you understand that you can't do this there!

H. /// Like putting your boat on a big boat moring. That's a good example.

B.I. /// You said you needed too much time to get through Germany and this made you even more nervous. For weeks and weeks in every little port there are different rules you are always confronted with.

S. /// Yeah, especially when we didn't had any options for where to put our boat for the night, because the water was so shallow. We had to go where the big boats go, and there the authorities say „These are not for you”. And there are no signs of anything.

H. /// I read the law. I had bunches of time while driving. Yeah, it doesn't say yo, but the police assume that you think like that… so...

B.I. /// Like all the other German people who have the license to have learned this? That's how you get the papers?

S. /// It's not in the rules. Just like common knowledge. (laughing)

H. /// Well, the first time we were told to leave we – it was in the morning, so it was a good time to leave anyway –

H. /// Ya'! And then the second time it happened I just my boat on the seawall and I went to talk to the harbor master. While I was talking to him some guy called him. It was actually the police he was talking to so somebody called the police, because of my boat. He had to ecxuse himself from the conversation and than he came back and he didn't confront me with it… directly… but I said what to work out with my boat? He said: Of course you cannot put it on the seawall. But if you are asking this marine he might be able to help you! (laughing) So that's a bit the attitude. Like you are supposed to understand these things.

H. /// We went down the Baltic Sea to Denmark. First we hang out a bit in Sweden, cause we climb cliffs and mountains.

B.I. /// So your boat is storm-proof and seaworthy?

H. /// It's actually not so seaworthy! For big oceans it's a bad boat.

S. /// The actual conditions don't make us go out on the open sea when there's lot of wind…

H. /// It's got low freeboard, it's heavy and it's got big windows. That's a bad combination…
so… We took our time to go down the Baltic, hang out in Copenhagen for a bit and then we went down to Lübeck. A beautiful place! Then up the Terave – the river is called – and then Lübeck-Elba canal and… it was Mittelland’s Canal pretty much directly from the Elba. And that took us all the way down to the Rhein.

B.I. /// How much time did you spend in Germany altogether?

S. /// We came in September. We've spent all of October there. Maybe one and a half month!

B.I. When you started was in?

B.I. /// And the journey is planned to last till summer next year?

H. /// Like some time in the summer. We were saying until 12 months! That's our window.

B.I. /// Which means your journey will take you through the mediterranean in the end.
Back through France?

H. /// Actually the plan was to go the other way! We were gonna go the way we went to the Rhein and then go down the Rhein through Antwerp and Brussels and do the Brussels-Chatel do'ar and down through Lion. But than I had to look at the math… the boat burns quiet a bit more diesel it did last time I measured it. So we figured we cannot afford to go up the Danube. Because it's a very long, very strong river.

B.I. /// You just reversed your journey.

H. /// If you go up the Rhein instead then, a lot of the altitude you would have to climb along the river you get to do with locks, which just lift you! And then the stretch is much shorter. The Rhein is a lot more stressful, altogether a more violent river than the Danube. It was on the basis of this that I thought, ok, we gonna go down the Rhein. Turns out since it's 600 kilometers… 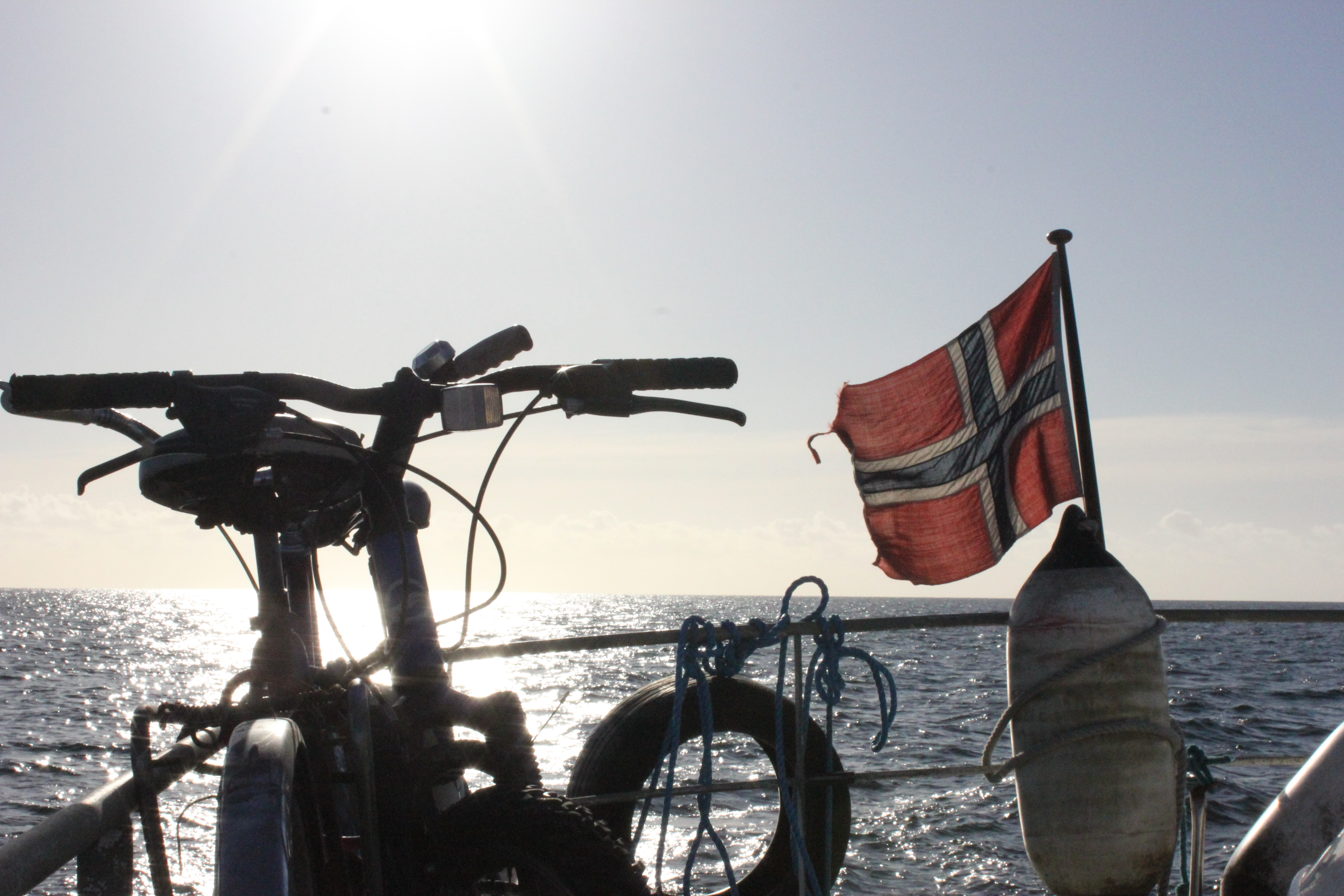