The Tweed Run is the most coveted and highly anticipated annual cycle ride in the UK. A one of a kind event where participants don their finest tweeds and brogues and cycle through London, stopping along the way to take tea, have a picnic and ending with an old fashioned knees-up in the afternoon. - tweedrun.com

The Tweed Run is a group bicycle ride through the centre of London, in which the cyclists are expected to dress in traditional British cycling attire, particularly tweed plus four suits. Any bicycle is acceptable on the Tweed Run, but classic vintage bicycles are encouraged. Some effort to recreate the spirit of a bygone era is always appreciated. The ride dubs itself "A Metropolitan Cycle Ride With a Bit of Style." - Wikipédia 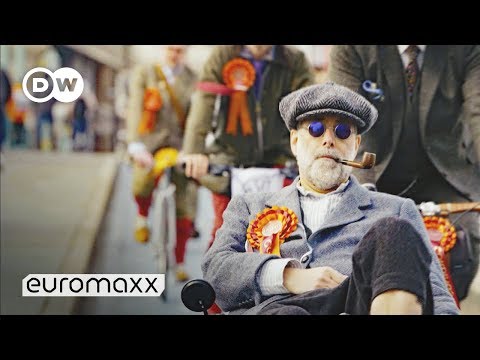 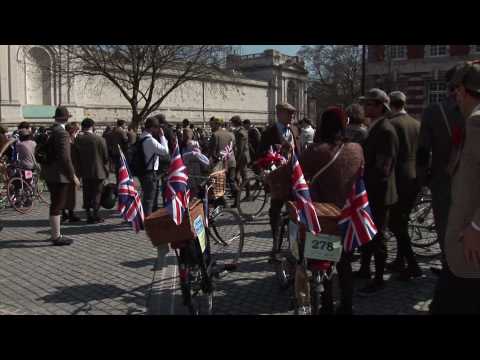 More than 400 people cycled through London in tweed clothes on April 10th 2010. The event is the original Tweed Run. - Brooks England 2010