How did you star cycling?

Way back, a childhood memory. My Dad helped me.

I have met DeerMan way back as he was a DJ and me... organizing events.

Around 2011 I already moved to the inner city of Budapest and knew DeerMan since 2007 or 2008.
I used to stay in a rental flat (downton Budapest).

You already had a Waffenrad?

Nope. A bicycle was left behind by a foreign student or somebody veryvery drunk that night.

Elders of the residential building started nagging us younger ones to remove "our bikes".

It's not ours, we said, and there's only one bike. But as it was "blocking" (they said) the gates,

I did my best to free the steed.

They don't care how, they said, just get rid of it. Okay.

Doesn't matter. I walked to the local smith's basement workshop next corner, got some tools. Flex. The bike was free. 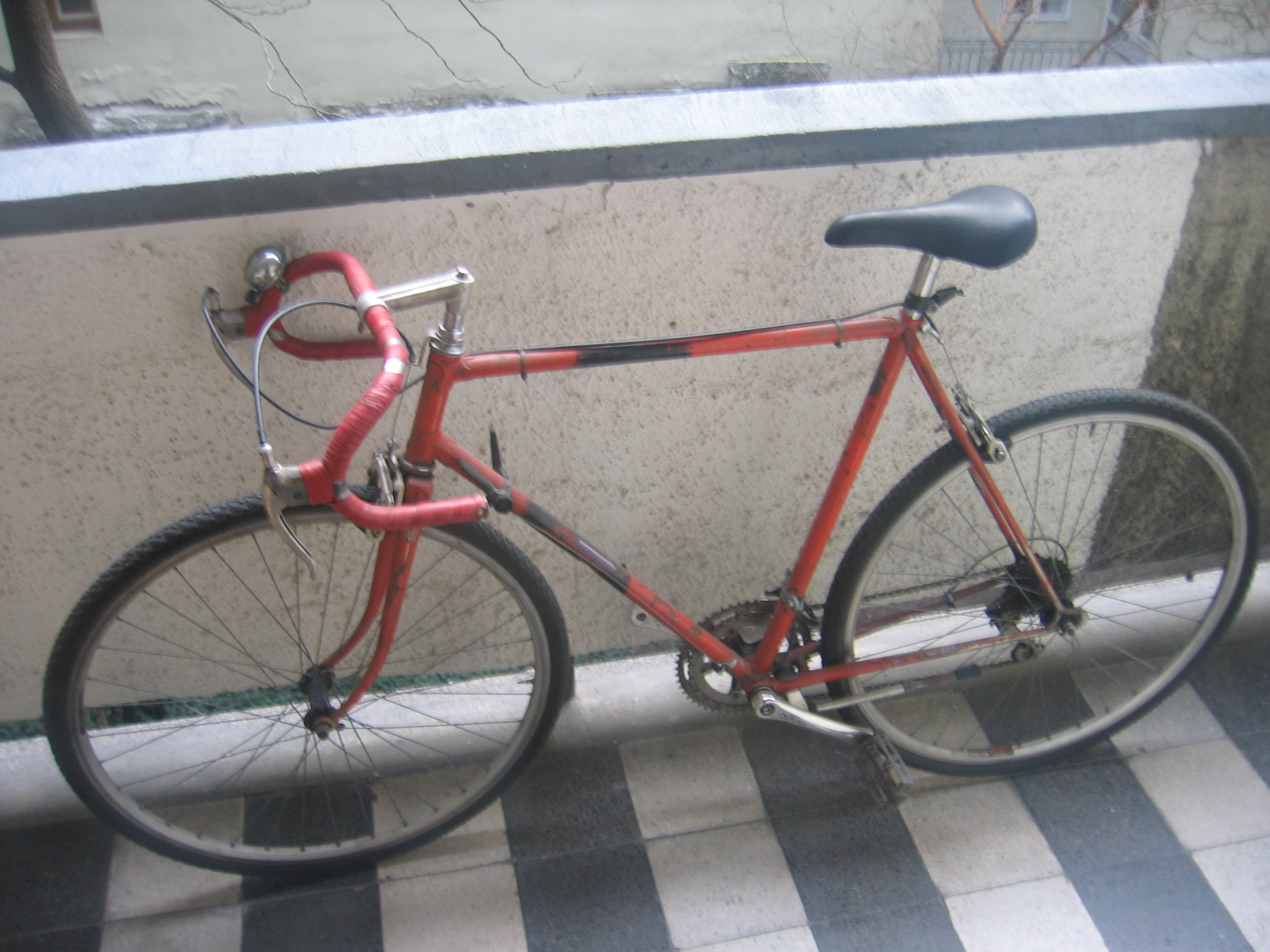 On the picture it is red.

I painted it black, and Waffenradforums with Steyr-Puch Waffenrads on the horizon was already on it's way.

The ethos of sharing. These are our Mustangs. Wild wild horses!

"This is a funky flat on the next photograph!"

It used to be my studio. 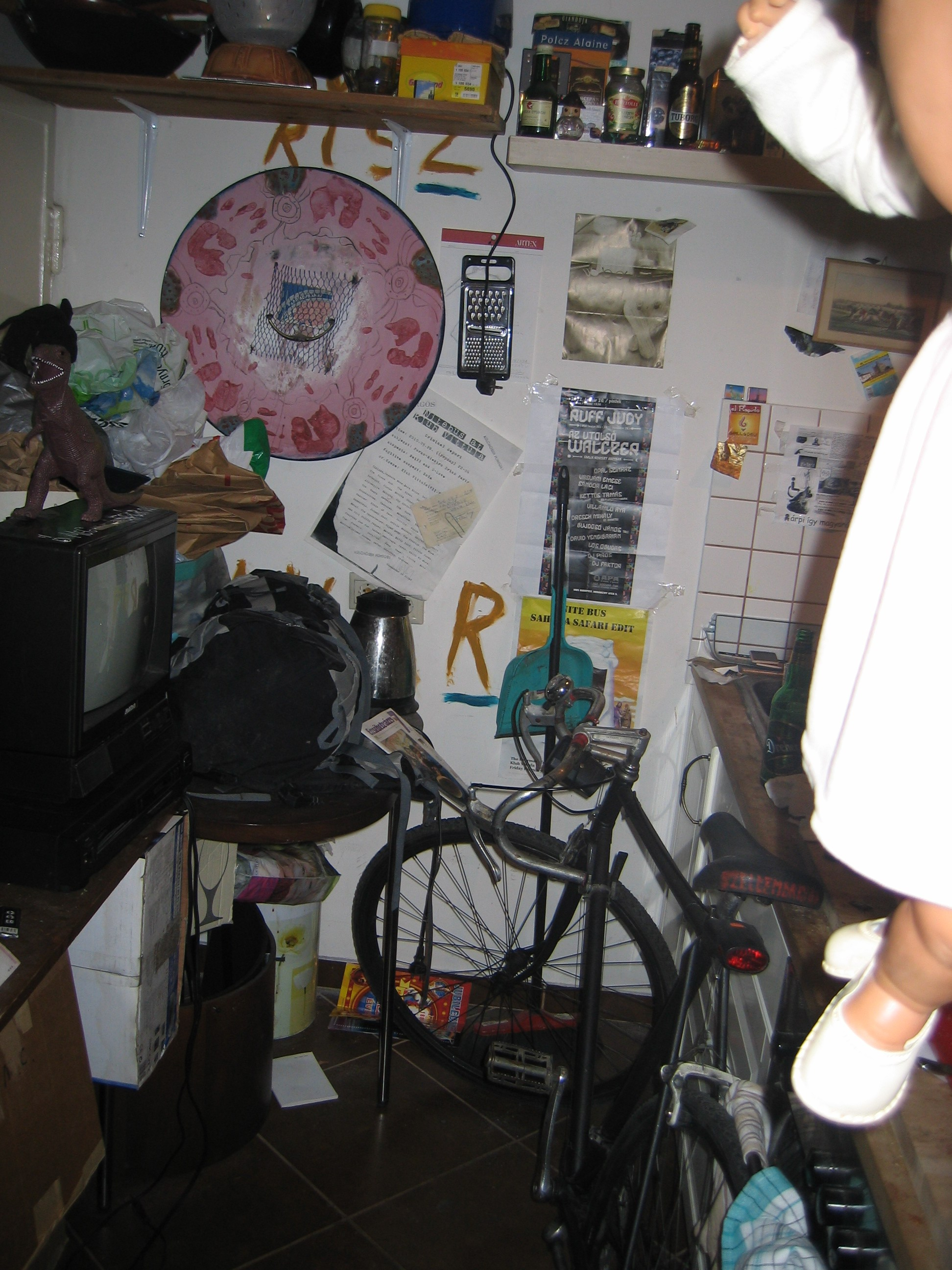 What about DeerMan? He had a Steyr already?

No, we have an underground artist friend from Italy living for at least 15 years in Budapest. He is a black-fetish guy.

He had a black bike.

You were already a club from the start?

Nothing but. The club came 5-6 years ago. 10 years ago we were still enthusiasts learning about veteran cycles.

So you had a semi-heroic cyclo-deus-ex? What else happened that you took Steyrs so serious after a while?

I only realized a few years later how much both DeerMan and Myself got accustomed to black bikes.

You bought Steyrs just to have black bikes?

Not exactly. We like heavy ones. Veteran cycles only. We restore them. We save them one by one to this day.

(Part 2 will follow - Thanks Sarah Candridge for asking simple questions)